''Rhinebeck resident Ira Coleman could quite possibly be the envy of thousands of bass players in the world...'' reports the Times Herald-Record 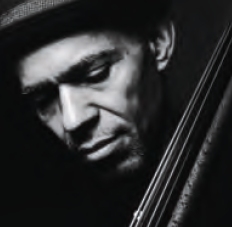 Rhinebeck resident Ira Coleman could quite possibly be the envy of thousands of bass players in the world. He not only gets to perform with Sting, he also gets to ask him for advice on technique. "He has a very nice technique on the electric bass to play with the thumb and mute the strings and he gets a very special sound, and I've been trying to emulate that," Coleman said about the legendary bassist. "I go to him and ask him for some pointers and he shows me and it's very nice. He's a total gentleman. Everything with him is first class. I'm very happy." Coleman is touring with Sting on his "Symphonicity" tour, which brings them July 30 to Bethel Woods Center for the Arts. Coleman was born in Sweden to a Swedish silversmith mother and a painter/graphic artist father from Baltimore. He grew up in France until age 12, then lived in northern Germany for eight years. After serving in the French army, he began studying at the Music Academy of Cologne in Germany and in 1982 transferred to the Berklee College of Music in Boston. He eventually found a home in Rhinebeck and has been there for a decade. Now 54, Coleman is gone five to seven months of the year and doesn't tend to go out too much when he's home. When he does play out, it tends to be with John Esposito and Peter O'Brien, with whom he has a modern jazz trio. "As much as I regret it, I'm not able to perform too much locally," Coleman said. "It's odd to live in an area and not work there. But that's the nature of my profession." In early 2009, a good friend of Coleman's, who produced Sting's 2009 "If on a Winter's Night..." asked him to play on a track called "Gabriel's Message." Sting liked it and the next thing Coleman knew he had played on six or seven tracks. He then performed a few gigs with Sting promoting that album, and Sting's manager eventually approached him about touring with him and a symphonic orchestra. "I said 'Of course! I'd be delighted. I'd love to do it,'" Coleman said. "It's quite a privilege. It's quite nice to be asked, as a bass player, to play with him because he's such a fantastic bass player." Coleman said Sting's bass lines are tailor-made for his compositions, and he prides himself in singing and playing at the same time, which is not very obvious. Sting now has Coleman hooked on the electric bass. "He gave me one of his signature basses, and I'm playing three tunes on it. It's wonderful to work with Sting. As a jazz player I couldn't ever ask for a more better situation to play popular music like he has written," Coleman said. "His texts are brilliant. He's a thinking musician. He's as intellectual a rock musician as you can get. He's very articulate, and his music is very thoroughly planned. It's fantastic to work with someone who has such a precise concept of how his music is supposed to sound." Â© Times Herald-Record by Sandy Tomcho

Sting showcases his changing style at Ravinia... If there's one thing a Sting fan is used to, it's change. From his start as the singer and bassist for The Police, to an ever evolving solo career that has encompassed blues, jazz, reggae, country and even Elizabethan lute music, Sting is nothing if not a Renaissance man.

Sting knows his latest crossover project will annoy his detractors. And, he tells The Daily Telegraph's Neil McCormick, he couldn't care less. "I don't need everyone to love me," says Sting. "I really don't." The 58-year-old superstar is preparing to go on stage with the Royal Philharmonic Orchestra, augmented by his own four-piece band, to perform orchestral rearrangements of songs from his back catalogue...